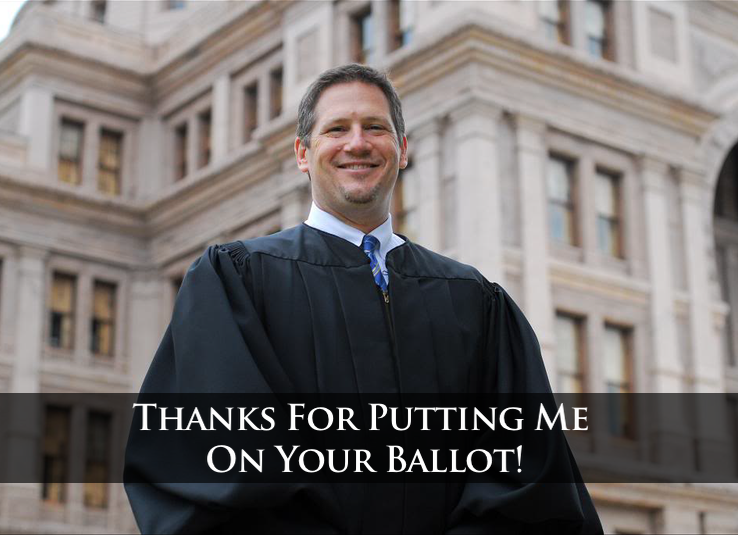 “Since joining the Court a year ago, I have remained committed to justly interpreting and upholding our constitution and laws, rather than legislating from the bench to support any personal preferences,” Justice Boyd said. “I believe this is what Texans expect from their judges, and I hope to earn the right to continue serving as a member of our state’s highest civil court.”

Justice Boyd has served on the Texas Supreme Court since December 2012, when Governor Rick Perry appointed him to fill the remainder of Justice Dale Wainwright’s unexpired term.

Since Justice Boyd joined the Court, Texans for Jeff Boyd has raised nearly $600,000 in contributions to support Justice Boyd’s election campaign.  These contributions have come from more than 325 individuals from all over Texas, including every major metropolitan area and stretching from Brownsville to Wichita Falls and El Paso to Beaumont.